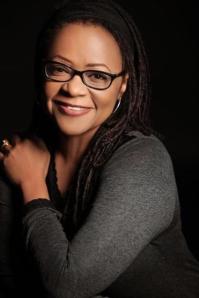 Donna Britt is an award-winning journalist still haunted by a chillingly nondescript headline from 1977: Gary Man Shot Dead by Police. The man – Britt’s older brother Darrell – was unarmed when he was shot and killed in racially torn Gary, Ind., by two white police officers who alleged that the young man, who had no history of mental, drug, or alcohol problems, launched an unprovoked attack with “a chain, a brick, a plastic baseball, and a three-foot length of pipe,’’ accusations that the family found unfathomable.

Darrell’s death, the centerpiece of Britt’s recently published memoir Brothers (& Me), eventually launched Britt on a personal path of self-examination: the only daughter in a middle-class black family with three self-absorbed brothers and a difficult father, early acceptance of her role as a self-sacrificing caregiver, and the place of race and sex in American life and in hers.

This morning on National Public Radio she spoke as the mother of three black sons. Her two older children joined her on the interview to reflect on the senseless death of Trayvon Martin the black unarmed teenager shot by a volunteer on neighborhood watch patrol in Florida.

Britt described “the talk” that black parents have with their sons and daughters.  The delicate timing of this “preparatory explanation and warning “ happens during the shift from childhood to teen years—when young black men are perceived as dangerous and threatening.” Her sons told anecdotes about their experiences as young black with authority. But what chilled me was when Britt talked about 16-year old son, a track star who essentially gambles with his life when he goes out running.

My son is on his school’s track team too. He’s a long-distance runner who will often run a stretch of the Boston Marathon Route. As mother of a white boy, I have the relative luxury of worrying about cars, dehydration, even strangers. But no one is every suspicious of my son because of who he is. “It’s hard not to be black,” said Justin Britt-Gibbons, Britt’s oldest son.

Britt was a graduate student in journalism at the University of Michigan when Darrell was killed in a predominantly white area near the family home. In the aftermath of Darrell’s death, Britt begins somehow to blame herself. In her book she writes, “Suddenly our growing apart, a process inevitable among even the closest siblings, was unforgivable. Darrell had stopped looking for me, too, but that hardly mattered. He was gone. And he’d left me with a question: How could I have stopped paying attention?’’

From that day on Britt paid scrupulous, aching attention to the men in her world. She became the mother of three sons – the middle one named for her dead brother. When she arrived at The Washington Post in the late 80s, she resurrected Darrell 12 years after his death in an extended essay that put “flesh on my ghost.’’ Steeped in memories of Darrell, she continued to think long and hard about the black man’s plight in American society: “As the sister, friend, daughter, and lover of brothers, I knew everything that deeply affects American men affects black men more harshly. Being human is wrenching for everyone. Yet the level of hostility and suspicion directed at black men is so palpable, their culturally inflicted wounds so raw, I understood how a decent brother might be drawn to anything that eased the pressure.’’

That piece, along with other writing assignments for the Post’s well-regarded features section, brought her to the attention of the paper’s top editors and led to an offer for one of journalism’s plum jobs as a columnist. I was a Baltimore to Washington DC commuter in the early 90s, and Britt’s personal, deep writing voice kept me company on those train rides. She wrote about balancing her family life with deadlines. She wrote about young black men like Trayvon Martin, like her sons. She was every woman while also uniquely herself.

This morning on National Public Radio, Donna Britt acknowledged that we’ve made some progress since that day in 1977 when her brother Darrell was randomly shot by police. But still, “racism is in the water and the air. Like sexism we absorb them. It takes time, love and forgiveness to make those shifts permanent.”

In Brothers (&Me) she presciently writes that love is “the glue that binds a soul’s warring selves, the meeting place at which our opposites melt into and become part of each other.’’ I’m sure that’s also part of Britt’s talk to her young black sons.