Congratulations, my dear son. This is the first election in which you will vote! I admire you for keeping your own counsel when it comes to selecting your candidates. All I can say is that you are a chip off a chip off the old block. You know that my father, your Papa Harold, was the guy who flew flags out all the windows of our house for every American holiday. Without fail, no matter where he was, he’d put his hand on his heart whenever he heard a patriotic song. He sang the national anthem off-key with a fervor that more than made up for the flat notes he hit.

My father never told another soul for whom he voted. Ever. Not even my mother. She learned to stop asking. As a kid, I took on the ultimate challenge to find out if Papa Harold voted for FDR. (Yes, he was very much a man of the 20th century with a stake in that long-ago election). Figuring out Papa Harold required careful, constant observation coupled with an extravagant imagination. He was like the puzzle in the newspaper that he and I did every Sunday night. The clues were purposely ambiguous so that two choices seemed plausible. When the correct answers were published on the following Thursday, he’d say there’s always next time. That’s good old-fashion American optimism. 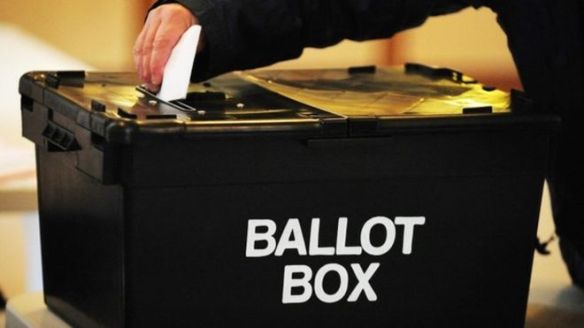 Papa Harold would have wanted me to impress upon you the history of suffrage in the United States—even though it is a history rife with sexism, racism, xenophobia and ageism. He’d want you to know that following the trajectory of African-American voting in this country is a crucial civics lesson, which you must never forget—a lesson that you were first exposed to in grammar school. The timeline alone reflects the long and harsh struggle of civil rights in this country. Shortly after African-Americans were given the right to vote, poll taxes, grandfather clauses and literary tests were designed to prevent them from even registering in many southern states. The poll tax was effectively in place until the passage of the 24th amendment in 1964.

Another fact, I’d like you to know is that your great-grandmother cast her first vote when she was twenty-nine-years-old and the mother of two children. Voting has always been a hard-won privilege. People yearn for the right to vote. I know that you understand there are still places in the world where voting is a revolutionary act. And still there are other places where people are willing to die for the right to vote.

Politics is also a cautionary tale about how words and deeds can be twisted to ruin a person’s reputation. Nothing proves that more than our current presidential election. Remember the fable about the feathers in a pillow I told you when you were a little boy? It had to do with the consequences of gossip. Talking poorly about a person has the effect of a wind that blows pillow feathers everywhere. It’s impossible to gather all of them together just as it is nearly hopeless to fix the damage done to a person’s reputation by careless remarks.

Aside from protecting his precious and few moments of privacy, Papa Harold imparted to me that voting was as sacred as prayer. The Constitution was his liturgy. He never maligned political candidates. He spoke about them in the larger context of our imperfect yet precious democracy. He was fond of the Mark Twain quote that democracy was flawed, but it was the best form of government on the face of the planet.

Remember when I took you and your sister to the voting booth with me? It saddened me when the two of you noticed our polling place was so empty. But it’s no surprise. The United States ranks 139 out of 172 in voter participation. Only half of the eligible voters in the United States vote in a presidential election. The mayors of many American cities are elected by less than 10% of the electorate.

The statistic that cuts to the bone for me, though, is that half of the children in the United States live in homes where nobody votes. We can’t afford that kind of apathy in this election. You must vote and you must vote for Hillary Clinton. I know I’m casting aside the privilege of the secret ballot. But in this election your vote for Clinton is critical. Your fate, along with the fate of the entire world depends upon it.

1 thought on “The Secret Ballot”